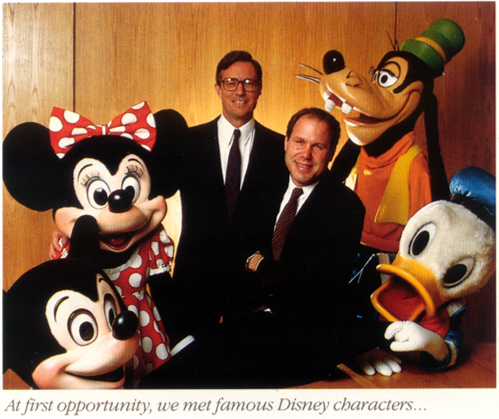 Frank Wells loved mountains.  He loved to climb up them ,and he loved to ski down them.  Together with Dick Bass and Rick Ridgeway, he had sought to climb each of the highest peaks on each of the seven continents.  Ridgeway, a veteran climber, chronicled the effort of Wells and Bass as they made it up six of those peaks –Mount Vinson on Antarctica, Cerro Aconcagua on South America, Kilimanjaro on Africa, Elbrus on Europe, Kosciuszko on Australia, and McKinley on North America.  Only the grandest peak of all, Everest, defied them. The book,  Seven Summits, was published in 1988 by Grand Central, and it still continues to sell as a story of camaraderie and inspiration. Wells, 62,  had not given up on the dream of Everest, but he would never get the opportunity. On April 3, 1994, the helicopter he was flying on lost power on takeoff and crashed in the Ruby Mountains of Nevada.
Wells had also climbed the mountain of success in Hollywood.  He built his career at Warner Brothers, eventually rising to president of the studio in 1973 and later becoming vice-chairman.  After leaving WB, he was recruited by Disney to serve as president  of the moribund studio, also acting as chief operating officer.  His partner in the rejuvenation of Disney was Michael Eisner, whom principal stockholder Roy Disney had lured away from Paramount. Wells was beloved at Disney. If one goes to Disneyland to the classic Matterhorn Bobsled ride, an homage to Wells appears on skiing expedition boxes labeled “Wells Expedition.”
Wells death left a gaping hole in the succession at Disney, and caused CEO Michael Eisner to cast about for a successor.  Initially the gap was filled by high-power superagent Michael Ovits, then later by Jeffrey Katzenberg.  It is often speculated that only the success of Disney’s partnership with Pixar saved the company’s movie division from the loss of Wells. Observed Michael Krantz in Time Magazine, “When a helicopter carrying Frank Wells, president of the Walt Disney Co., crashed in Nevada on Easter Sunday, 1994, Hollywood whispered that the tragedy had taken Disney's heart with it.”
On the chopper with Wells was documentary film maker Beverly Johnson, who also died in the crash.  Johnson was the first woman to ever solo climb El Capitan, the 3,000 foot sheer cliff face in Yosemite National Park. Her husband, climber, stuntman, and outdoor cinematographer Mike Hoover, survived the crash.  The group was returning from a skiing outing with Dick Bass and Clint Eastwood up in Nevada’s Ruby Range.  Two helicopters were ferrying the party home. As Outside Magazine related the events, the group, led by ski guide  Paul Scannell “stayed in the high country, swooping through open bowls and over rolling benches studded with limber pines.”
Later, helicopters arrived to carry them home to their lodge. But the weather turned, and when Wells, Hoover, and Johnson took off,

a fierce storm had blown in, forcing them to land minutes later. They waited out the squall for about two hours and then took off again, the pilot slowly picking his way down a rugged canyon. Hoover was snapping photographs from the backseat when suddenly, through his viewfinder, he saw a light flashing red on the control panel. The engine had shut down, and the helicopter, some 250 feet above steep terrain, began to tumble. "Brace yourselves," Hoover said to his wife and Wells beside him on the seat. "We're going in."

Pilot Dave Walton radioed the other helicopter, then engaged in a controlled crash of the helicopter into the smoothest terrain he could locate.  According to Hoover, Walton’s last words were “like the shout of a surfer about to drop into a wave: ‘Wahoo!’”
The basic facts of the crash itself are not in question. According to the National Transportation Safety Board official history of the flight, “the helicopter … was landed at a remote site due to poor weather. After landing, snow fell & accumulated on the airframe.” In addition, the NTSB observes that “no external engine snow covers were available” while also noting that such covers were not required equipment for the operation of the Bell 206B3, and also noting that the craft lacked the “(optional) auto re-light ignition system.”  Walton had, after landing for the last time, restarted the engine and let it run for 15-20 minutes, then shut it down and restarted it again for five minutes. The helicopter took off, lost power, and crashed.  It was overweight by almost 500lb for a safe autorotative landing (a landing where the stored energy in the rotors is used to slow the descent of a chopper that has lost power.)
The National Transportation Safety Board’s probable cause determination for the crash was

the ingestion of foreign material (snow) in the engine, which resulted in a flameout (loss of engine power). Factors related to the accident were: the adverse weather conditions (snow falling & high density altitude), the lack of snow covers to protect the engine intakes while parked and awaiting for the weather conditions to improve, improper planning/decision by the pilot and the company/operator management, inadequate information in the flight manual, and the lack of suitable terrain for an emergency landing.

Hoover subsequently litigated Bell helicopter over alleged design flaws that led to the engine flameout prior to the crash. He settled out of court for an undisclosed amount.

The Equipment: Bell 206B3 Jet Ranger: The 206B3 is a successor to a line of choppers created by Bell in response to a 1961 request from the department of defense for a reconnaissance chopper.  The 206 first flew in January 1966 and was delivered to commercial customers in 1967.  The craft is slated to cease production in 2010.
Posted by Keith Gaddie at 3:00 AM