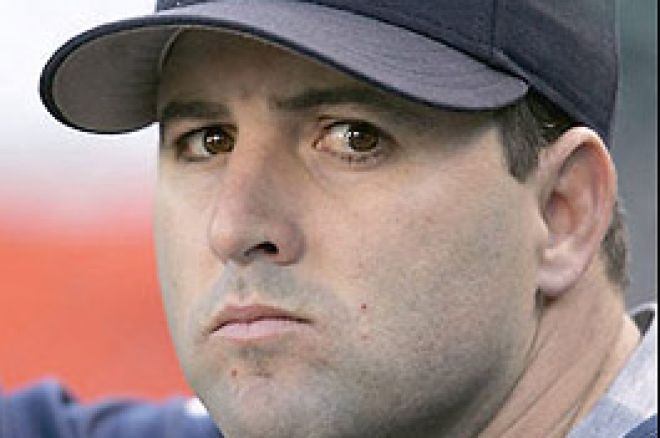 Five days after the elimination of the New York Yankees from the American League playoffs, pitcher Cory Lidle and his flight instructor Tyler Stanger were attempting to return to Teterboro Airport, a major civil aviation airport in New Jersey.  A distress call was received from Lidle’s Cirrus SR-20, and the craft then struck midway up a fifty-story residential tower, the Belaire Apartments on 72d Street.


In the post- 9/11 attacks on the World Trade Center, word that a plane had struck a tall tower on Manhattan Island instantly made its way around the world.  The Dow Jones momentarily fell, and NORAD scrambled air defense assets.  Terrorism was quickly ruled out, but then the story was compounded in its visibility when it was learned that a New York Yankee had been flying the plane.  The media immediately fixated on the “Thurman Munson” angle, recalling the 1979 crash of the New York Yankees catcher and captain.

The Cirrus SR-20 is a small single-engine monoplane, developed in 1999 and incorporating an emergency ballistic parachute as a crash deterrent.  Regardless of this and other innovations, sixteen people have died in SR-20 crashes since 1999.  In the Lidle crash, the NTSB reported “pilot error” as the likely cause, but which pilot is unknown.  Evidently the pilot of the craft attempted to execute a turn in a corridor effectively reduced to less that a quarter-mile in width at low altitude; tricky winds from between the tall towers of Manhattan may have compounded flying conditions, which were marginal for Visual Flight Rules.  No flight plan was required to be filed under rules in place at the time. From the NTSB brief on the crash:

On October 11, 2006, about 1442 eastern daylight time, a Cirrus Design SR20, N929CD, operated as a personal flight, crashed into an apartment building in Manhattan, New York City, while attempting to maneuver above the East River. The two pilots on board the airplane, a certificated private pilot who was the owner of the airplane and a passenger who was a certificated commercial pilot with a flight instructor certificate, were killed. One person on the ground sustained serious injuries, two people on the ground sustained minor injuries, and the airplane was destroyed by impact forces and postcrash fire. The flight was operating under the provisions of 14 Code of Federal Regulations (CFR) Part 91, and no flight plan was filed. Marginal visual flight rules (MVFR) conditions prevailed at the time of the accident.
The accident airplane departed Teterboro Airport (TEB), Teterboro, New Jersey, about 1429 and was cleared for a visual flight rules (VFR) departure. According to air traffic control (ATC) transcripts, the pilots acknowledged that they were to stay out of the New York class B airspace.
After takeoff, the accident airplane turned southeast and climbed to an altitude of about 600 to 800 feet. When the flight reached the western shore of the Hudson River, it turned to the south, remaining over the river, then descended to 500 feet. The flight continued southbound over the Hudson River until abeam of the southern tip of Manhattan, at which point, the flight turned  southwest bound. Radar data from John F. Kennedy International Airport (JFK), Jamaica, New York; Newark International Airport (EWR), Newark, New Jersey; and Westchester County Airport (HPN), White Plains, New York, indicated that the accident airplane's altitude varied from 500 to 700 feet for the remainder of the flight.
About 1436, the airplane flew around the Statue of Liberty then headed to the northeast, at which point, it proceeded to fly over the East River. About 1 mile north of the Queensboro Bridge, the airplane made a left turn to reverse its course. Radar contact was lost about 1442. The airplane impacted a 520-foot tall apartment building at 524 East 72nd Street, 333 feet above street level.
Posted by Keith Gaddie at 3:00 AM