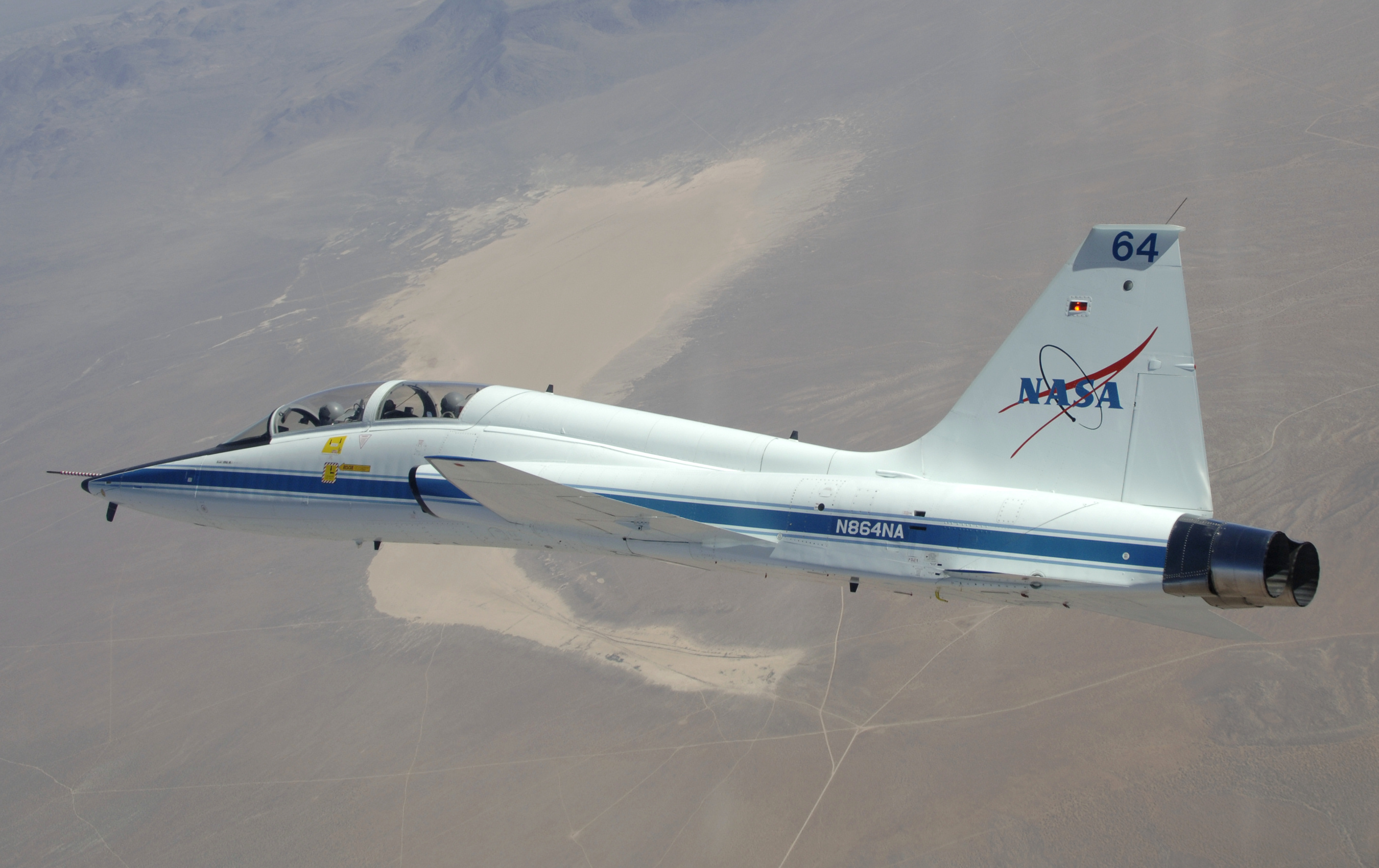 The T-38 Talon first went into production in 1961; it is the most-produced jet fighter aircraft in the world and continues in service as of 2007. The craft is memorable to NASA fans as the “commuter aircraft” of the astronauts when they would travel to Cape Canaveral for Mercury, Gemini, and Apollo space missions.  Manufactured by Northrup, it is a very successful and safe airframe, unlike the F-16 and F-104  with their high accident rates.  On February 28, 1966, Gemini IX astronauts Elliott See and Art Bassett were flying to Lambert Field outside Saint Louis when their T-38 crashed into a hanger, killing both astronauts.  A NASA investigation revealed that pilot See made too low approach, and that pilot error combined with poor weather conditions contributed to their fatal crash.


Eliott See & Art Bass  were members of the third class of US astronauts selected by NASA (A third member of that class, Theodore Freeman, died in a T-38 sixteen months earlier outside Houston when a snow goose hit the cockpit). Ironically, the building they struck was the very hanger where McDonnell aircraft was assembling the Gemini IX spacecraft for their upcoming flight. 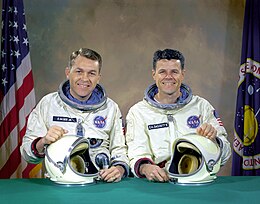 The See/Bassett crash rippled through the space program.  Gemini IX was due to launch on June 1, 1966, and backup crew Tom Stafford and Gene Cernan moved up to take the flight.  This moved astronaut Jim Lovell – pilot on Gemini VII – into the backup command pilot role for Gemini IX and also advanced him to command Gemini XII.  Lovell would later pilot Apollo VIII, the first craft to travel out of the Earth’s orbit (going to the Moon); was slated as commander of the backup crew on the first moon landing mission (Apollo XI); and commanded the ill-fated Apollo XIII immortalized in the film of the same name.
The tragedy of the original crew of Gemini IX also advanced Buzz Aldrin to the backup pilot’s seat for Gemini IX; Aldrin would then act as pilot for Jim Lovell’s Gemini XII.  Aldrin’s extensive extravehicular activities (EVA) demonstrated techniques on that mission are still in use today and his pioneering effort brought him tremendous credit within the space program.  Aldrin would then pilot the lunar excursion module (LEM) on the first moon landing, Apollo XI, and was the second human to walk on the moon.
Posted by Keith Gaddie at 9:38 AM